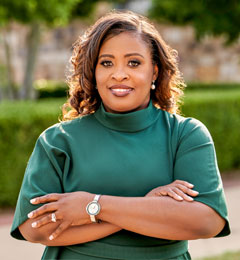 Frankie A. Harris knows the importance of education and empowering people to utilize education as a tool to maximize their potential. Originally from Jackson, Mississippi, she is an accomplished educator with more than 26 years in higher education, public school classroom teaching, and service in administrative roles. Professionally, Frankie has served as an elementary and middle school teacher, an instructional literacy coach, a grants management administrator, a teaching fellow, a university education supervisor, and as assistant director of a Women’s Research and Resource Center. These experiences give her a holistic perspective of the power of education in transforming people’s lives. Frankie enjoys event planning and traveling and shares this joy as an independent travel agent with InteleTravel LLC. She also operates the Concierge 365 Travel Group.

As a teacher, Frankie received several state-wide recognitions for leading her students to increased academic growth. Tennessee Gov. Bill Haslam selected Frankie as one of 15 Tennessee Reward School Ambassadors for exemplary achievement in reducing the achievement gap among students based on their socioeconomic status. She received a Tennessee Value Added Assessment System (TVASS) Level 5 score (highest ranking/three-year average) from the Tennessee Department of Education. At Washington State University, she received the Distinguished Volunteer Service Award, Faculty Award, and the President’s Excellence Award.

Frankie received a B.A. in Psychology from Tougaloo College, an M.A. in Public Policy and Administration for Mississippi State University, an M.Ed. in Education and an Educational Leadership Certification from the University of Alabama at Birmingham. She is an active member of The Links Inc., Alpha Kappa Alpha Sorority Inc.®, and Dunwoody Church of Christ. Mrs. Harris serves on several community and organization boards, including the Spartanburg Regional Foundation, Women Giving for Spartanburg and Spartanburg Soup Kitchen Inc. 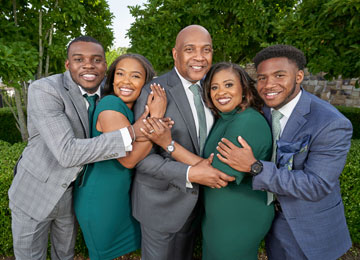 Frankie is married to Dr. Bennie L. Harris, chancellor of the University of South Carolina Upstate. They have three adult children: Bria and Bennie II, both of whom are graduates of Lipscomb University, and Branden, a senior-year student in marketing at Lipscomb. Bria is a second-year medical student at MSM. Bennie II lives in Nashville, Tennessee, and is an implementation manager at UBS.