The roots of the University of South Carolina Upstate go back almost a century, and no telling of the school’s history is complete without looking at the evolution of health care in the region, and the contributions of one Spartanburg family. 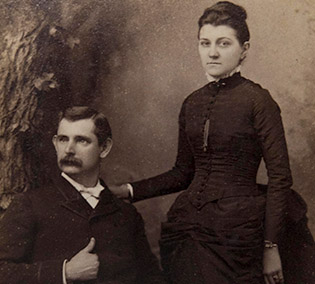 Mary Louisa Snoddy Black (1860-1927) was the matriarch of a family that included three doctors: Her husband, Dr. Hugh Ratchford Black; and two of their sons, Dr. Sam Orr Black Sr. and Dr. Hugh Snoddy Black. The Black family’s medical legacy began with Dr. H.R. Black, who was a pioneer, innovator and leader in the medical field.

From 1926 to 1951, Drs. H.R. Black, Sam Orr Black and Hugh Snoddy Black operated the original Mary Black School of Nursing in conjunction with the Mary Black Hospital. During those years, 300 nursing students were educated; their tuition, room and board, and fees for books and supplies were graciously paid by the three Black doctors.

Vallie Rae Durham was one of the nurses who was trained at the original Mary Black School of Nursing. Durham would spend 59 years in a nursing career that intersected with three generations of Black doctors.

"I had the privilege of attending the nursing school originally founded by Dr. Hugh Ratchford Black,” Durham recalled. “I worked for both Dr. Sam Orr Black and Dr. Hugh Snoddy Black, and then I even worked for Dr. Sam Black Jr. until the day he retired. The Blacks were the most gracious people on the face of the earth. They treated each one of us like an extension of their family ..."

In 1967 the region faced a nursing shortage when Spartanburg General Hospital closed its nursing program. The university was founded to address that shortage: the first classes were held on the first floor of the hospital’s nursing residence; 177 students enrolled, most in pursuit of an associate’s degree in technical nursing. The first 36 nursing students graduated in 1969.

The fledgling university would quickly expand to address other needs in the community. In 1969, the Administration Building opened at its present location with an enrollment of 474 students. In 1976, the University pioneered the development in South Carolina of a baccalaureate program for registered nurses who had completed only diploma or associated-degree programs. The Bachelor of Science in Nursing program began in 1977 as an upper-division course of study for registered nurses.

The nursing program flourished at the university, and by the early 1980s there was an undeniable need for the program to have a separate home of its own on the campus. This time, a new generation of the Black family stood ready to help the 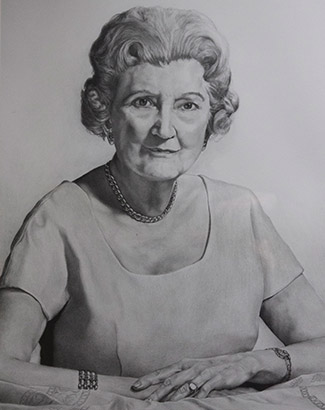 community and honor the memory of both Mary Snoddy Black and the original Mary Black School of Nursing, which had closed its doors in 1951. Mary Kate Black Phillips graciously donated the money to name the nursing school in honor of her late mother and to help fund construction of the new facility. In 1982, the Mary Black School of Nursing opened.

By 2003, both South Carolina and the nation faced a nursing shortage; to combat this shortage, USC Upstate, Spartanburg Technical College, and Spartanburg Regional Healthcare System formed a consortium to address the issue. Because of this collaboration, the nursing programs at USC Upstate and Spartanburg Tech, which had previously competed for students, were replaced with a seamless, two- to four-year academic program culminating with a Bachelor of Science degree in nursing. Through the consortium’s efforts, the number of nursing graduates earning their BSN degrees annually doubled, from 60 to 120.

With newer programs in place, USC Upstate closed its associate’s degree in technical nursing program in 2005.

Even as the campus grew, the Black name continued to be a part of the school’s heritage. In August of 2005, USC Upstate broke ground on a $24 million health Education Complex that includes the Mary Black School of Nursing, School of Education, Wellness/Fitness Center; Enrollment Management; and bookstore. The 146-000-square-foot facility – the first major academic building constructed on the northern segment of the campus – enabled the Mary Black School of Nursing to not only double its output of well-trained nurses, but to add graduate-level programming in nursing.

"The Black family has made an indelible mark on Spartanburg, the Upstate region and the state of South Carolina,” said former USC Upstate Chancellor Brendan Kelly. “They have been leaders in the medical field and have built a phenomenal legacy of giving that has touched many generations.”

USC Upstate and the Upstate region is fortunate to have the Mary Black School of Nursing for its faculty train a highly skilled corps of healthcare professionals who will work to continually meet the medical needs of South Carolina.

“We each have a very high chance of receiving care from a graduate of the Mary Black School of Nursing at USC Upstate,” said Kelly. 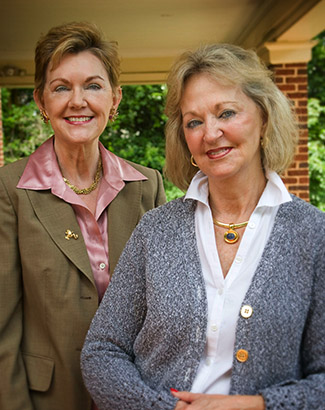 The Black family’s altruism and interest in the region continues. It is a legacy that both Marianna Black Habisreutinger and Paula Black Baker have embraced, continued, and passed on to their children and grandchildren just as it was passed on to them. Both women are involved in numerous charitable endeavors and community projects. They attribute their philanthropy to growing up in a family that has always loved Spartanburg.

"Paula and I grew up surrounded by family members who felt blessed to be a part of the Spartanburg community and they wanted to give back," Habisreutinger said. "We absorbed that attitude and when I think about what my family has done in the past, it makes me want to do likewise."

“Giving back to the community just comes naturally to me,” she said. “I want to see things continually improve in Spartanburg for our future generations."