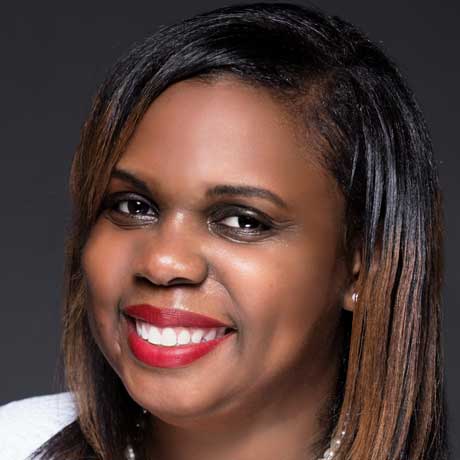 Dione says she is honored to be a 2003 graduate of USC Upstate. She obtained her Bachelor of Arts degree in Elementary Education with a concentration in Psychology, and credits the assistance of her "stellar professors and academic advisers."

"USC Upstate serves as the foundation of who I am in the professional world today," Dione says. "Coming from a small town, stepping onto the campus of USC Upstate was very intimidating for me. However, while on campus I cheered, pledged a sorority, joined the gospel choir, became a mentor, and participated in a number of other activities." At Upstate, she says she learned "key lessons" that have led to honors and accolades, and enabled her to serve in various roles. After receiving her undergraduate degree, Dione earned two master’s degrees. For the past 19 years, she has taught for Spartanburg School District 7. During that time, Dione was selected as Teacher of the Year and received several leadership awards. Most recently, she was recognized on 107.3 Jamz radio station as an Upstate Black History Maker for currently being District 7's first African American Gifted & Talented Odyssey Teacher. Odyssey is the district's award-winning program that provides services matching the unique characteristics and needs of high-achieving students.

In 2013, Dione was invited to serve on the USC Upstate Alumni Association board. She served two terms as secretary and volunteered to serve at numerous commencement ceremonies, served on the Homecoming Committee, assisted in organizing the USC Upstate Alumni Golf Tournaments, and volunteered with fellow Upstate employees and alumni at the yearly Criterion Bike Race Tailgate during Spartanburg’s annual Spring Fling. She has also served as a volunteer for USC Upstate’s Move Up Day.

"Taking an active role in USC Upstate’s Alumni Association’s Board of Directors, prepared me to further my role in leadership," Dione says. "From 2017-2021, I was president of the Spartanburg Alumnae Chapter of Delta Sigma Theta Sorority, Inc. In addition, I sit on the board for BRUH Mentor, received the “Excellence in Leadership Award,” and served as grade level chair at my former school several times over the course of the 17 years I taught there. Lastly, I participated in the USC Upstate Chinese Culture and Education (Student English Camp) Exchange program which allowed me to travel to Baoding, China for five weeks."

"USC Upstate provided me with opportunities to become immersed in a campus filled with a plethora of learning opportunities, promise, diversity, and lifelong relationships," she adds. "I gained so much knowledge and insight about life and the world we live in while enrolled as a student at Upstate. However, the impact of Upstate’s role in my life post-graduation surpassed my expectations in more ways than I could ever imagine."