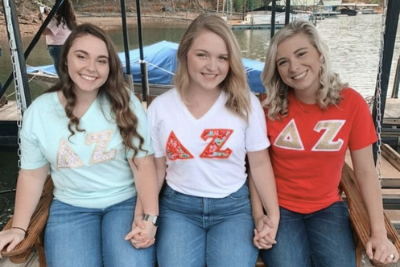 Delta Zeta Sorority was founded by six extraordinary women at Miami University in Oxford, Ohio, on Oct. 24, 1902. The purpose of this sorority, which was created on a predominately male campus, was to develop a premier women’s organization that fosters everlasting friendships, the pursuit of knowledge, and lifelong service to others.

In 1954, Delta Zeta’s National Convention voted to make speech and hearing our philanthropic concern. Since then, members have raised millions of dollars to support local organizations tending to the needs of non-hearing people. In 2016, we named Starkey Hearing Foundation our National Philanthropy Partner in an effort extend our impact throughout the world. Heart for Hearing is the theme for our personal philanthropy and chapter events designed to raise money and awareness in support of our philanthropic partners who are making a difference the world over.