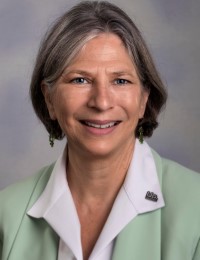 Since arriving at Upstate, Pam has been instrumental in the development and implementation of multiple long-range institutional and academic initiatives. In just the past few months, her leadership has resulted in our successful 10-year reaccreditation with Southern Association on Colleges and Schools Commission on Colleges (SACSCOC) and the rollout of our five-year Quality Enhancement Plan.

After earning her Ph.D. in psychology from the University of California, Davis, Pam became an associate professor of psychology at Central College in Pella, Iowa. At Central, Pam earned tenure, served as department chair, chaired the assessment committee, directed an experiential learning program, and developed her scholarship on cognitive outcomes of service-learning.

Prior to joining Upstate, Pam served in faculty and administrative roles at North Carolina State University and Meredith College. Her most recent role was the dean of teaching and learning outcomes at University of St. Francis in Joliet, Ill.

Pam has extensive experience in accreditation, assessment, and high-impact practices. She has published and presented on assessment and service-learning; has been involved in the development of the AAC&U problem-solving rubric; has developed the Problem-Solving Analysis Protocol (P-SAP) with a colleague; and has been a reviewer for Research and Practice in Assessment and the Michigan Journal of Community Service Learning.

She has also led institutions through the accreditation process, writing major sections of successful peer-reviewed reaccreditation reports, has served as a peer reviewer for both Higher Learning Commission (HLC) and SACSCOC, and has presented at both HLC and SACSCOC annual conferences.